We have been involved with 5 schools since we arrived in the area in 2012, working with children from grade R through to matric. We want to see children finishing school and not dropping out. We recognised that the standard of education needed to be uplifted, to this end we introduced various initiatives which have gone a long way in bringing dignity and support to the children, parents and staff.

The schools we assist are mainly Section 20 schools. These schools are fully funded by the provincial government and are not allowed to charge school fees. Classes are huge, the teacher/pupil ratio is skewed, and there is a shortage of suitably qualified teachers. Our focus was originally on supplying schoolchildren with sanitary pads, school shoes and socks. For the last few years however we have been focusing on maths and life skills.

In 2018 We sponsored extra maths lessons for over 200 grade 9 children at a nearby high school. The results were very good. In 2019 we began an entirely new program – the Noah Project . This Noah Project offered over 200 grade 8 learners at a local high school a monitored and evaluated Asian experiential maths program. This program took learners back to grade 4 maths, slotting in the foundation that they missed. Life skills were included. It ran for the duration of 2019. The results were phenomenal. It took place on a Saturday morning. A nutritional supplement, Epap, was given to the children before the start of the lessons.

In 2020 the Noah program will be expanded to a primary school. This time it will include both grade 4 and 5 learners. This too will have maths and a life skills component, as with the last program (see results below Noah Impact Report). 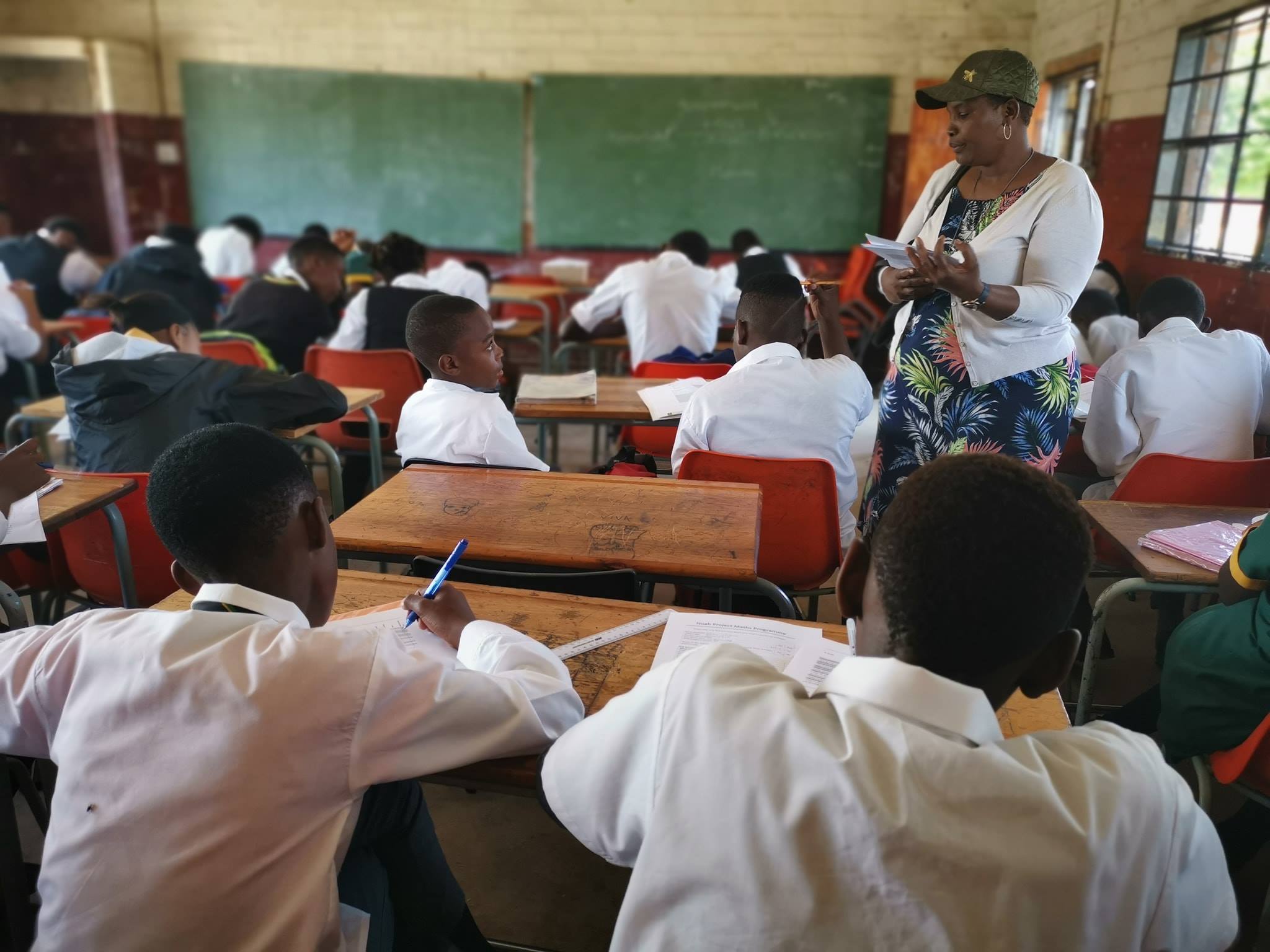 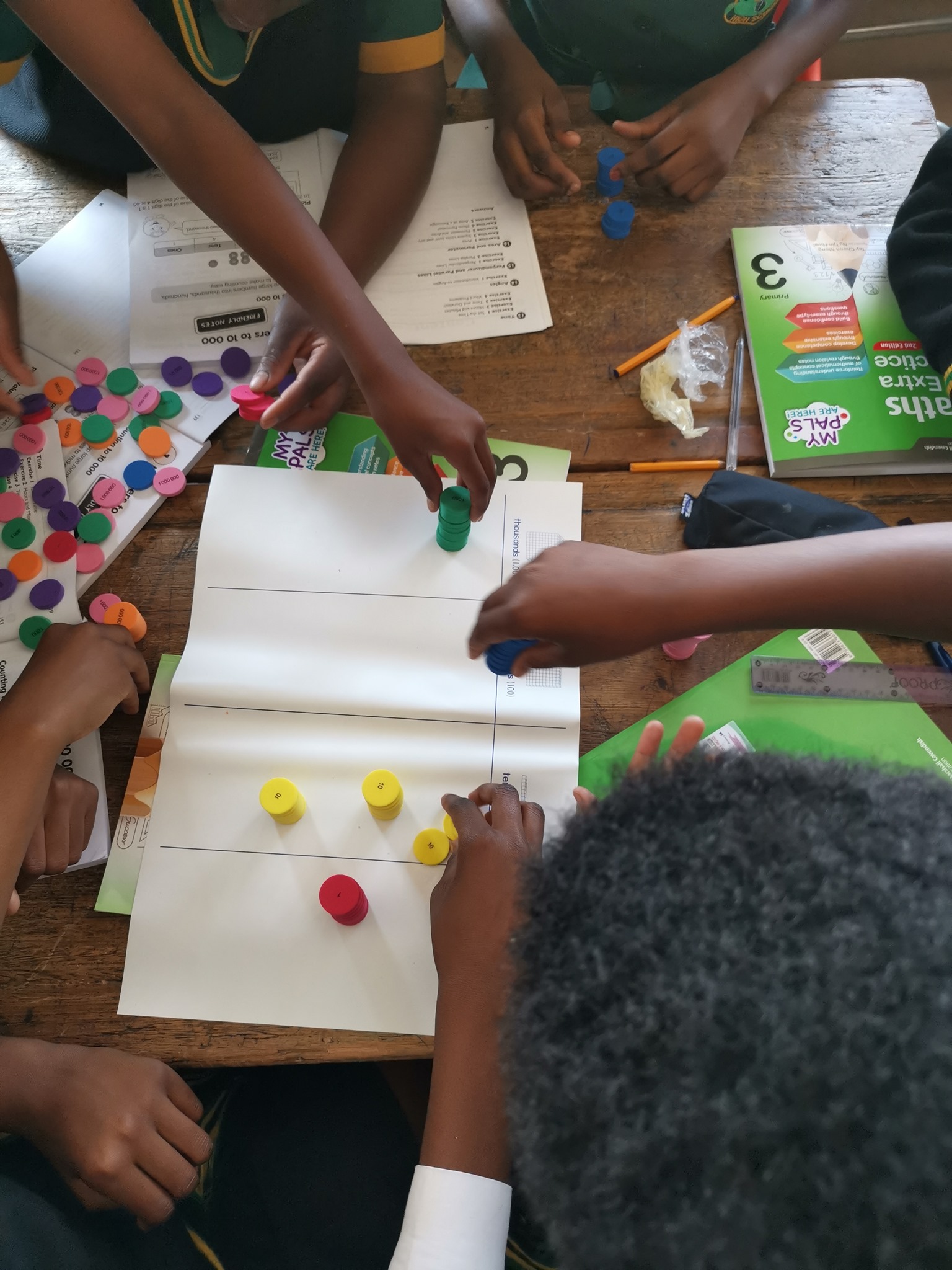 Do not follow where the path may lead. Go, instead, where there is no path and leave a trail.

Needed; a 6 ton truck which will go from Silverton Pretoria to Umtunzini, (south of Empangeni). We need to take 6 tons of e'Pap into the area, Also need to take blankets.
Yes I know it's a tall order, but this is a huge favour to the Universe, and we can give a section 18A. ...

One little poppet rescued from rural Mkuze hours before he couldn't stand anymore. His last food was days before, no one knows actually. He just slept and slept for a full day before standing up and being a doggie again. He is so beautiful, he is such a special one. His new mom, Wendy, has called him Mathea (Gift from God). Thanks Soweto & Other Townships Tours with Photojournalist Ilan Ossendryver for the first photo ...

Boikanyo the Dion Herson Foundation and The e'Pap Technology Foundation went on a site visit to Jozini/Mkuze/ Hluhluwe/Ingwavuma area, where the children are 3 to 5 times hungrier than anywhere else in the country - according to a study released by WHO in February this year. This is the area where food handouts stopped a long time ago, a place where children are tiny, dogs are emaciated.
The Angel Network SA and South African Jewish Board of Deputies have donated 5 tons of e'Pap to this forsaken area, Dis-Chem Pharmacies has donated another ton, we will be taking this into the area.
We went to grandmother headed households where one gogo looks after 20 grandchildren, all 6 of her children passed away. Another gogo looks after 12 grandchildren...and so on. Tragedies, but still no extra help, no food distributed here.
Our e'Pap is going to invisible people, people who dont matter to anyone because they are so far away, and so insignificant. Politics and nepotism govern in these areas and it's taking its toll on the locals.
We went to visit 3 NGO's and met people like Nokothula, who has no income nor qualifications, yet she oversees the most caring centre for the entire community. Her organisation is making such an impact, they can be counted amongst the small handful of NGO's who serve this desperate community.

We went from home to home. One little girl we were introduced to has an extra row of teeth and a cleft palate that was operated on, but it wasnt successful. She cannot speak because of the extra teeth, and food comes out her nose as well. I made one call to a Foundation in JHB who operate on such children, and this child could possibly undergo surgery. Surely someone there at the hospital she attends saw her plight and sent her to a tertiary hospital, if not that, surely they knew about this Foundation?

This area needs investigation, its just not fair that people have to live like this. But this is for another day. In the interim we will assist these children and their elderly caregivers, we have to. We are sending the biggest e'Pap handout to date to them.

Photos by Soweto & Other Townships Tours with Photojournalist ...

The Transkei is another area of such huge concern. In its vastness, many areas are totally inaccessible. We have sent four and a half tons of e'Pap into the area, it arrived on Sunday. There are numerous sponsors of this lifesaving load, one of them is the The Solon Foundation. Their contribution is going to be taken this week to Zithulele Village, to Dr Ingrid le Roux, who works with tens of thousands of children in deep rural areas. Without sponsors we could never have done this. Bless everyone who has been so generous and has understood like we do, that without emergency nutritional assistance, children who are already nutritionally deprived, will be very adversely affected. Thank you Graeme Alexander of
Rotary Mthatha who has championed this cause and who is going to coordinate where this e'Pap goes. There are a few diocese in the area who have lost dedicated nuns due to COVID, they are getting some as a matter of urgency. There are umpteen people too, starting with child headed households and then on to grandmother headed households. May lives just be spared... ...

To the awesome incredible SA Rugby Legends Association, the hugest thank you for the handout at Spar Fontana The Wedge. Such generosity and care lead to 4 NGO's being supplied with literally tons of food. You amazing people.
Our share went to Botshabelo Rural Community Trust in Magaliesburg. This incredible village takes care of those families infected and affected by HIV/AIDS. The donations went to the school, orphanage, medical clinic & village.
Rugby Legends...we salute and thank you beautiful people. ...